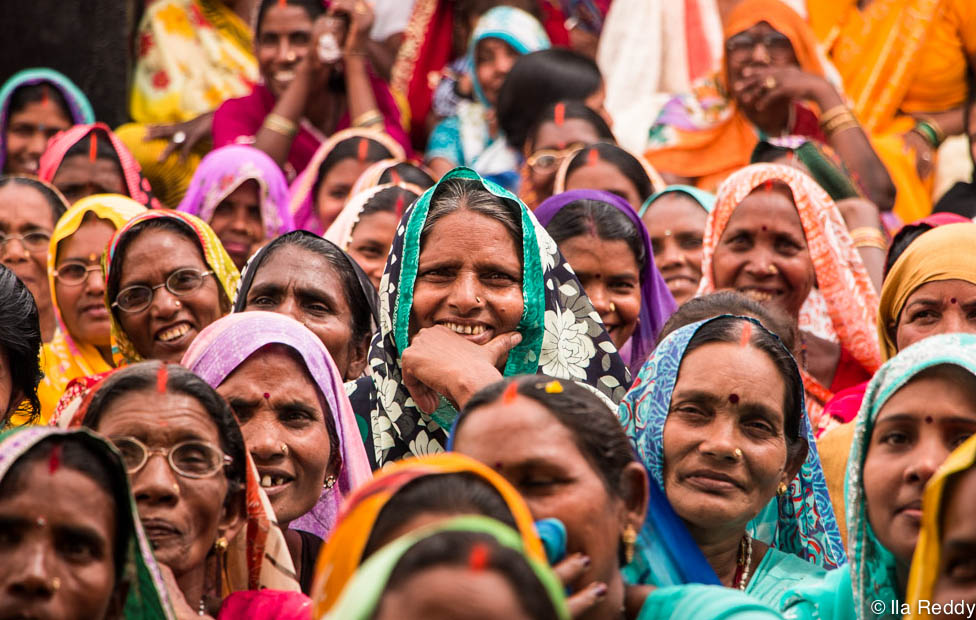 Originally published in HuffPost India. At the time of publishing only the BDC and ZP election results had been announced.

Nageshwari Devi hails from a remote village in Uttar Pradesh. She belongs to a Scheduled Caste community and resides in a house with a thatched roof. She joined a women’s self-help group in 2013 and freed herself and her family from the clutches of the local moneylenders who had exploited them for years. As someone who once wouldn’t dare ask for her rights and entitlements due to her economic and social status in the village, she never imagined that one day she would contest the kshetra (block) panchayat elections!

Nageshwari’s village has 12 women’s self-help groups that federate into a village organization at the gram panchayat level. Over 120 women are a part of it, many of whom previously practiced purdah, weren’t allowed to step out of their house, and sometimes forgot their own names because nobody addressed them by it. They found strength in their collective and undertook numerous dharnas to access government schemes and entitlements such as MNREGA, PDS, road repairs, and even protested against land-grabbing by dabbang people of the village.

This experience, accompanied by a series of awareness workshops about the need for women’s participation in panchayats and busting common misconceptions related to the panchayat election process inspired the women to nominate a candidate from amongst themselves to contest the 2015 panchayat elections in Uttar Pradesh.

The women unanimously nominated Nageshwari to contest the block panchayat elections. While her family initially opposed her decision to join the self-help group, having now seen the benefits of her membership over the years, they too supported her candidature and stood by her. She won by 108 votes!

Nageshwari’s campaign cost less than INR 5000 and was financed entirely through small donations from her fellow self-help group members. She is one of over 1000 women from self-help groups who contested the kshetra (block) and zila (district) panchayat elections this year. Most of them are first-time candidates with no prior political experience. Four hundred of them won — fighting against all odds, from verbal threats to mud-slinging, family pressures, and violence.

Anyone who is familiar with the feudal, patriarchal context of Uttar Pradesh (especially when it comes to elections) will know this was no easy feat! Hundreds of women are currently contesting the ongoing gram (village) panchayat elections.

In Uttar Pradesh, like in most parts of the country (and the world), women are under-represented as voters, political leaders, and elected representatives. Few women contest on unreserved seats in the panchayat elections, while those who get elected end up as mere proxies to their husbands, elderly male family, or upper caste leaders of the village.

The most common reasons for their lack of participation are poverty, social status (primarily caste), lack of education, lack of information and awareness, and common misconceptions about the election process (for example, most villagers believe that “General” category seats are reserved for men, and women are eligible to contest only on seats reserved for women), perceived expenditure, and eligibility criteria (such as required education level, income, etc.).

However, the biggest (and most significant) barrier to participation is poor self-perception and under-confidence to participate in the political sphere, partly due to the factors mentioned above, but also because of how women have been socialized. They think of themselves as inept and incapable of effective political leadership.

Further, women (especially in rural India) are too scared to make mistakes and take risks, given that society is far less forgiving towards women than to men. They are discouraged by the perceptions and (often legitimate) fears of their family and friends about their safety. Thus, the challenge doesn’t just lie in contesting and/or winning elections, but also in effectively exercising power once elected.

Studies and experiences show that reservations for women by themselves do not lead to increased participation levels in local governance and politics. What is required is a change in attitude and perceptions towards women aspiring to participate in local governance and politics, along with capacity-building initiatives to equip them with the necessary skills and knowledge to increase their confidence. As society, we need to be more supportive, encouraging and forgiving towards first-time women leaders, rather than having unfair expectations and drawing comparisons with their male contemporaries. Women, in turn, need to be more confident and aspire to set new benchmarks for themselves, instead of imitating the leadership styles and behaviour of their male counterparts.

We must also recognise that most rural women are well equipped to take on leadership roles, having ample experience within their homes. They are used to recognizing each family member’s unique needs, catering to them, multi-tasking, and managing resources efficiently — be it food or household finances. Further, if they belong to women’s self-help groups, they are also familiar with the practice of regular meetings, basic accounting, participatory decision-making, government schemes and entitlements, liaisoning with bank officers and government officials, and basic documentation — invaluable experience for any elected local government representative. Most importantly, women have unique needs, experiences, and ideas, and deserve to be adequately represented in decision-making processes at all levels of government!

Numerous studies have also established that women’s political representation has a significant impact on human development outcomes, including health, education, gender ratios, and crime reporting, and enables greater participation of women in governance.

We need more women leaders and the only way we can ensure this is to change our attitudes and actions, within our homes as well as in society.

How do we talk about women leaders with our children, friends, and family? Do we raise our girls to believe politics is a sphere they can participate in if they want to? How do our boys and men view and react to women leaders? How do we assess the performance of first-time elected women representatives? Do we acknowledge and appreciate the challenges faced by women leaders in a largely male-dominated domain? Do political parties make a conscious effort to give women opportunities to rise at all levels of the organization? How much of the current efforts are merely tokenistic in nature? Can state governments and political parties initiate post-election training to all its leaders, especially women? There’s a lot to introspect.

The task of increasing women’s participation in local governance and politics cannot be left to the government and legislations alone. Political parties, educational institutions, NGOs, and every one of us play a role. It’s time we acknowledge and act on this — individually as well as collectively.

1 comment on “How Rural Women Mustered Courage To Fight Elections”