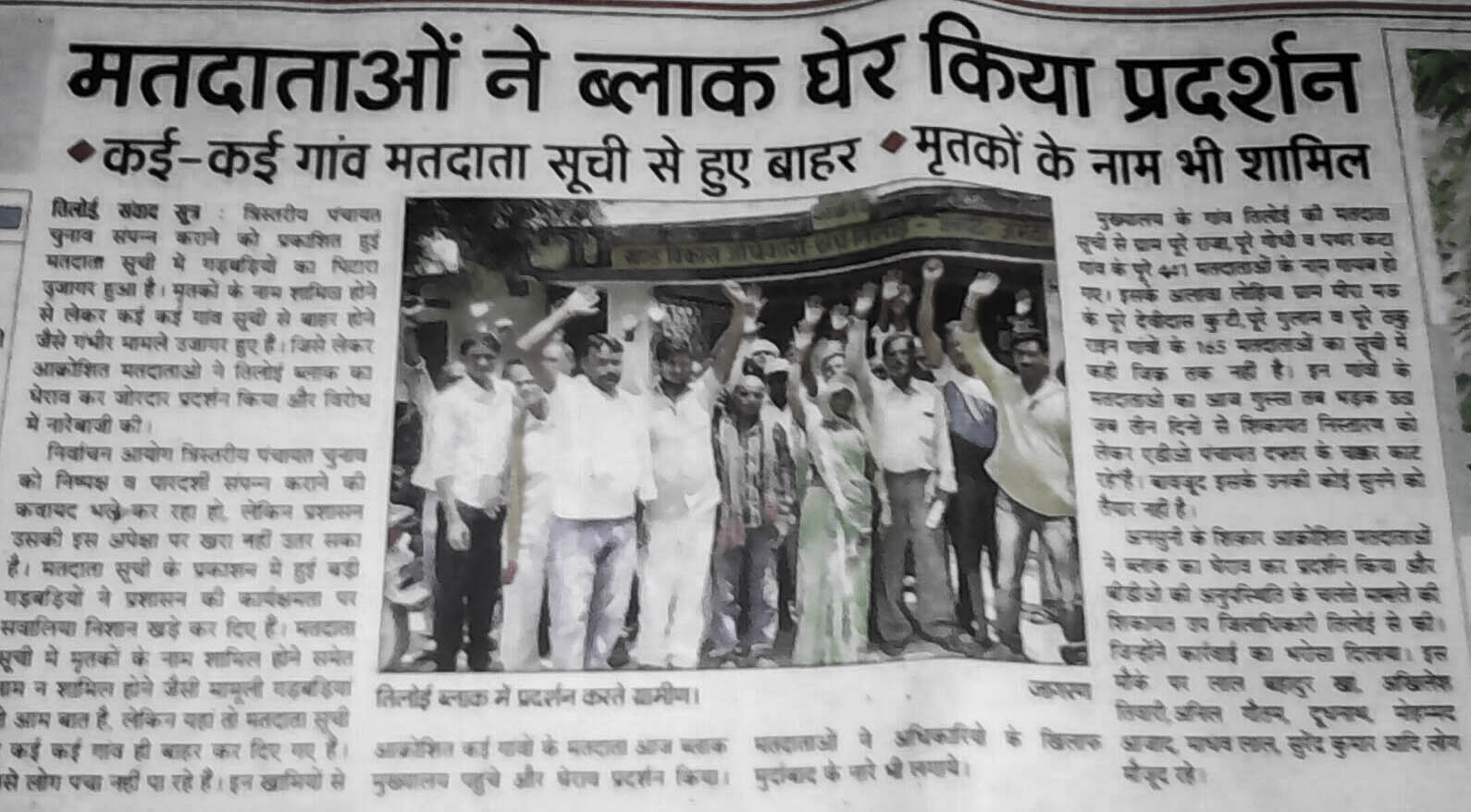 India is the world’s largest democracy. Our Constitution guarantees regular, free and fair elections. And yet, in the country’s largest state, Uttar Pradesh, voters’ names go missing from voter lists.

The right to vote is at the heart of a democratic political system where the people decide whom to elect as its representatives. Without this right secured, it cannot be called a ‘democracy’.

The issue of missing names from voter lists (or voter deletions) is well-known in the hinterlands of India. These are often caste-specific deletions, and this time, women belonging to Self-Help Groups have also been targeted. Since many of them are looking to participate in the upcoming Panchayat elections, this is not surprising.

In at least 10 Blocks, the names of women belonging to Self-Help Groups have been deleted from voter lists. Some of them lodged protests and managed to get the lists fixed on time, even getting the front-line bureaucrats to admit to the act of manipulating the lists due to pressure from influential candidates. However, in other places, the names of voters are still missing, and the villagers are too scared to do anything about it.

The right to vote is the first step towards ensuring free and fair elections. If this right is at risk, it’s a scary prospect for the future of democracy in India.

0 comments on “The Curious Case of Missing Voters”