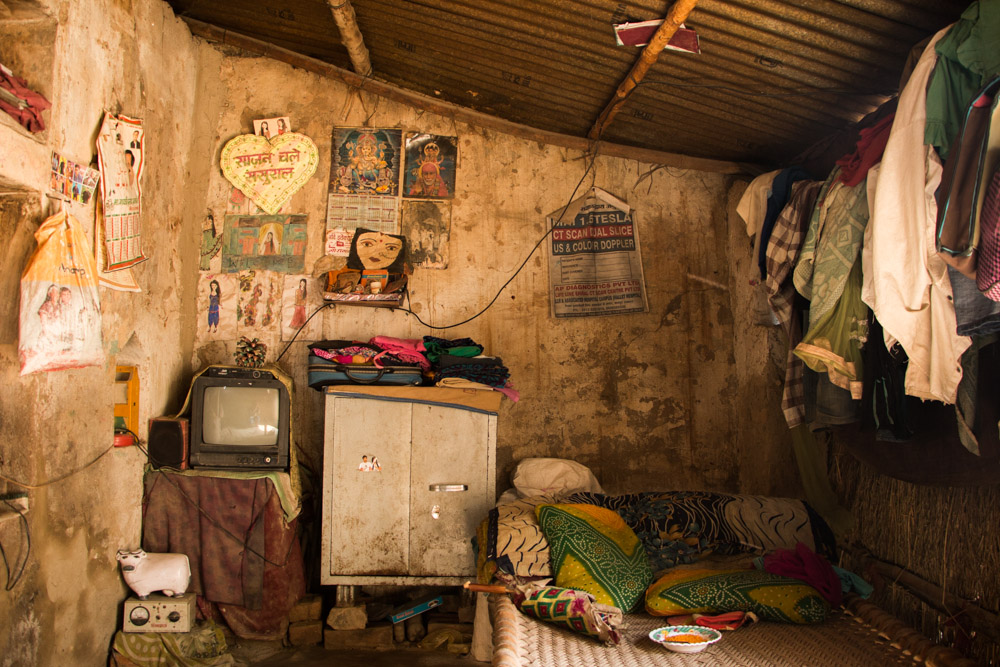 Two weeks ago, I met Gautami (name changed) in a village in Central UP. Walking down a long and winding path past cowsheds, hand pumps, and mud houses, we finally reached her house. While the neighbouring houses were made of large brick houses and belonged to the Pradhan and his family, Gautami’s was a mud house with a thatched roof. She lived with her husband and two children, and as we sipped on hot chai and nibbled on aloo bhujia and biscuits she had bought for us, I asked her to tell me about herself. How big was her family, who all were a part of it, how did she join an SHG, her journey since then, and her interest in politics. Here’s what she said:

“I joined my SHG in 2008 after a team of mobilizers came to my village and convinced me to join the SHG to overcome poverty. I thought, why not? Soon, some villagers started questioning me about my whereabouts and taunted me for traveling outside the village to attend meetings. The Field Officer bhaiya advised me to ignore their taunts and focus on my work. I  even traveled to Andhra Pradesh to learn about SHGs there. After coming back, I had frequent fights with my husband, who was under pressure from his family members and other villagers to keep me in control. One day, I took him along for a meeting so that he could see for himself what it was all about. When he heard me speak in the meeting, he changed his mind, and from then on, has supported me in everything I do. Since then there have been no fights regarding this matter.”

Gautami has 4 daughters and 1 son. She first borrowed Rs.500 from her SHG to admit her daughter to high school. Next, she borrowed Rs.3000 to open a shop that would be managed by her husband. Through their earnings, she paid back their mortgage. She then borrowed Rs.5000 to buy a cow, followed by money to get her eldest daughter married, for which her Village Organization (federation of SHGs at the GP level) also provided monetary support. When her husband fell ill and was in a coma, she borrowed Rs.80,000 from her SHG for his treatment.

For Gautami, the biggest advantage of joining her SHG had been creating an identity for herself. Earlier nobody knew her, whereas now people came to her village from far-off places to meet her! Earlier she practiced purdah – right from when she was 18 years old, often tripping over things that came in her way because she couldn’t see clearly through the cloth. Nobody recognized her and she didn’t recognize anybody. Once, as a newly married woman, she even forgot her way to her house from the field as she could barely see anything through her veil and all the routes looked the same!

“My SHG has never asked me for anything other than my time — to attend trainings, learn new things, and meet new people. The SHG is the biggest resource I have,” she said.

I asked her how she first thought about participating in panchayats, and she answers that she didn’t know much about the Panchayat Raj system until she attended a workshop we did at her Village Organization. That’s where she first learned about Gram Sabha meetings, her rights, and the need for women’s participation. That’s when she thought — why not contest this time? (UP Panchayat elections are in October this year).

On probing further on why she wanted to contest the elections, she said that the current Pradhan (village chief) doesn’t listen to the poor – especially those belonging to the lower castes. Nor does he give them their due share of government schemes and entitlements. If she wins the elections, she will first roam the village and see what is needed, be it houses, pension, or health services… and then figure out what can be done with the resources she is allotted.

“I have helped an SHG member from a neighboring village when her house caught fire. I also helped resolve bank issues for my fellow SHG members. I am confident I can do more if elected to power.”

Gautami is from the Scheduled Caste (SC) community and is keen to contest the upcoming elections, irrespective of whether the seat is reserved for women or SCs, or not. Members of her Village Organization support her and campaign for her as they have seen her progress from being very poor and uninformed to where she stands today.

2 comments on “Taking the Leap”