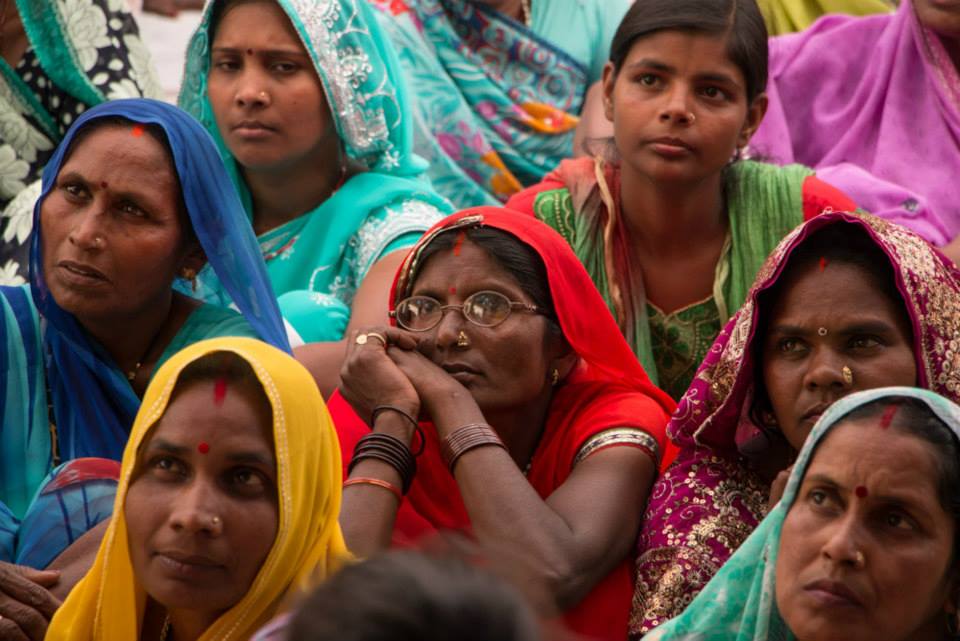 Recently, I was brainstorming about what to include in the curriculum of our leadership program for women. I went through numerous training modules developed by various NGOs and UN-funded projects. I found conventional training outlines, whereas I am keen to do something different. Simple activities that are easy to implement at scale (talking about 42 districts here) but have the potential to make a huge impact (think Gandhi’s salt march or spinning Khadi).

With no ‘eureka!’ moment and the urgent need to kickstart the program before interest dies, we launched it with a simple ‘needs identification’ baithak (meeting) in 1700 Gram Panchayats (GP) that are part of the program.

Women part of Self Help Groups were asked to identify key problems or requirements in their village and collectively rank the most important ones.

The list of problems was similar across villages — NREGA, ration, water, electricity, housing, sanitation, cleanliness, pension, roads, drainage, health services, and so on. In most cases, the schemes pertaining to the above issues had not reached the village or the beneficiaries were Upper Caste members of the village, people close to the Pradhan.

After compiling and ranking the list of needs, the participants discussed why these problems exist. Conclusion: the buck stops with the Pradhan.

“We realized that everything we are concerned about falls under the ambit of the Panchayat. The Pradhan controls everything, and everything he does caters to the needs of his family, friends, and upper caste members of the village. Political leaders come and go, but we who live in the village are the ones who bear the brunt day in and day out. Just like the principle of our SHG, until we decide to help ourselves, nothing will change!”, says Vimla, after taking part in a needs assessment baithak.

With this realization, the SHG women decided that those who were interested in changing the status quo and doing something about their problems would get together and collectively seek solutions. If needed, they would organize a dharna (rally) at the Block office to attract the attention of senior officials who may be able to help them access their entitled ration, jobs, and other public resources.

A few weeks later, my colleague told me that a group of women in Eastern UP went and spoke to the Block Development Officer about the lack of cleanliness in their village. That very evening, an officer came for inspection, and sent Safai Karamcharis (cleaners) to clean up the place! Following this, they requested the construction of toilets in their village, and almost immediately, the construction of 22 toilets got approved!

All they had to do was get together and ask.

Today, I received two newspaper reports highlighting efforts by women in two other blocks of Eastern UP. In one place, 14 women went to meet the District Magistrate to ask why their village hadn’t received any of the 29 government schemes they were entitled to. The DM promised to visit their block and GP within the next 4 days!

At another place, 50 women met the Superintendent of Police and the District Magistrate to request the shutting down of a liquor shop in their village that made it unsafe for them to go anywhere near it in the evenings. The officials immediately shut the shop, despite the owners trying to bribe them.

There are numerous cases like this that reiterate the power of collective action. The efforts of these women prove that this is possible even in a deeply patriarchal, corrupt, casteist, and feudalistic setup!

In chaos theory, the ‘butterfly effect’ refers to “the sensitive dependence on initial conditions in which a small change in one state of a deterministic nonlinear system can result in large differences in a later state.”

Who would have thought that a simple discussion on the needs and problems of the village could be resolved by merely getting together and speaking to officials? It’s unlikely that they would have been taken seriously if they had gone alone, but when 50+ people showed up at a government office, they were heard. There was no use of violence, no threats, no abuses, no loud slogans – just a peaceful, earnest conversation!

These cases may seem insignificant in the larger context of UP but are extremely significant for the villages in question and the potential these small actions have to trigger a larger change in the future.

Conversations around the needs and problems of rural India are happening simultaneously in 1700 GPs of UP, and if each meeting is followed by even one collective action, that’s 1700 groups of women in one of the poorest, most patriarchal, and backward states of India voicing their concerns and holding officials accountable!

If there’s one thing I’ve learned over the year, it’s to believe in the innate ability of women to be their own change-makers. They need nothing more than information and a word of encouragement to boost their confidence.

“We just wanted to try something new. It’s an opportunity for us to get out of our homes and have our voices heard. If it doesn’t work, we have nothing to lose. But if we succeed, it will resolve our problem and also inspire other women,” says Sunita, one of the participants of the program.

In the coming months, we are hopeful that through our leadership program, many more women will be inspired to engage in local governance by attending public meetings, engaging with officials, discussing the problems and needs of their village, and participating in the upcoming Panchayat elections, not just as voters but also candidates.

For India to be at the forefront of decentralized, just, and inclusive local governance, women’s participation is necessary. And for women to effectively participate, their voice needs to be heard, not just in public meetings as citizens, but also in crucial decision-making processes, for which it is necessary that they are elected to power.

I don’t know our next steps (ideas are welcome). With 5 months to go before the elections, I don’t have answers to what it takes to develop a leadership program that will inspire maximum participation of women. There are obviously no tried-and-tested methods that guarantee this. We’re in the process of developing our curriculum our own – but for now, it’s a slow and gradual process full of experiments and learnings. Who knows which (in)significant activity may have a butterfly effect?

3 comments on “The Butterfly Effect”