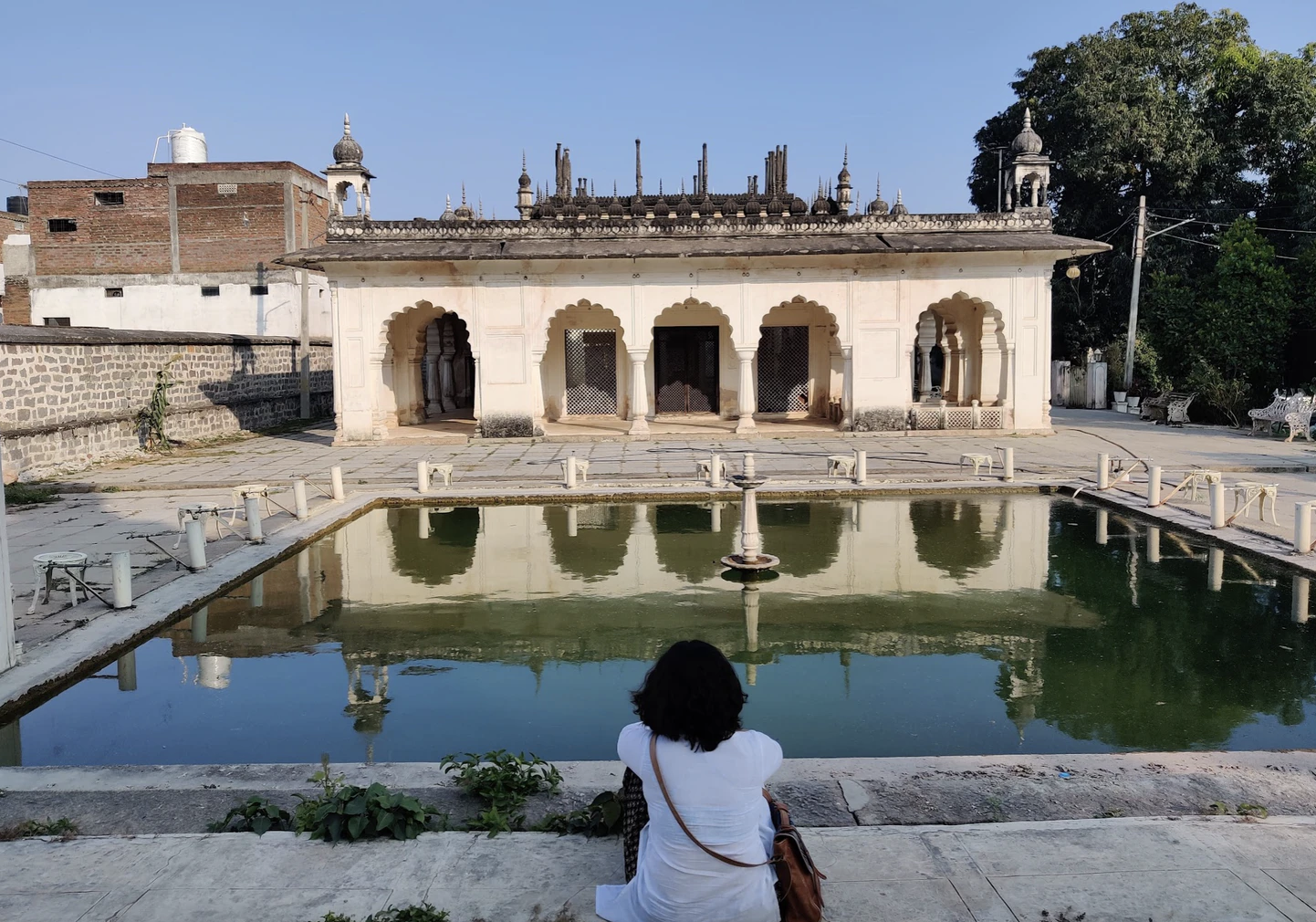 Graveyards and cemeteries have fascinated me since childhood. Maybe it’s the English murder mysteries and ghost stories I read in school, or the beautiful photographs I came across in coffee table books. I associate graveyards with beauty, remembrance, and comfort rather than grief. I like the idea of having a physical place one can go to remember the deceased. The geometric shapes of the graves neatly organized on a patch of land, sometimes decorated with flowers (or weeds) somehow bring a semblance of order to an otherwise chaotic world.

Tombs, built in the memory of important people (typically rulers and statesmen), on the other hand, always leave me conflicted. As much as I love the architecture, craftsmanship, and dose of history they offer, they’re also symbols of exploitation, excessive spending, and power.

“A tomb is a monument placed on the limits of two worlds,” said Jacques-Henri Bernardin de Saint-Pierre, a French writer and botanist. In Arundhati Roy’s The Ministry of Utmost Happiness, one of the main characters, Anjum, lives in a graveyard with her friends. They turn a place for the dead into a home for the living — setting up the Jannat Guest House, their own little self-created paradise inside a graveyard. Western readers call this magic realism — in India, we know that it’s common for old tombs, monuments, and graveyards to become shelters for the homeless.

In issue #9 of my newsletter, I wrote about my peculiar relationship with Hyderabad and my desire to explore all that it holds, including its heritage sites. On a recent trip to the city, I visited the Maqbara Shams-ul-Umrah, better known as Paigah tombs, with a friend. Forgotten and neglected over the years, the complex consists of the graves of the nobility of the Paigah family believed to be fierce loyalists of the Nizams. It is now surrounded by houses and temporary shacks, or ‘encroachments.’ However, following a recent government order, the area is being cleared and the tombs are being restored by the Aga Khan Trust for Culture.

I expected the complex to be similar to the Qutb Shahi tombs — but it was more beautiful. A forty-minute metro ride from my grandparents place and a short auto ride through the meandering alleys of Santosh Nagar brought us to the unassuming entrance of the site. From there, it took all of ten minutes for this 200-year-old necropolis to become my favourite place in the city!

The first thing that caught my attention was an iron bench, followed by white iron stools near a pond between the main tombs and a mosque. Featuring intricate carvings, they were placed in front of water taps along the perimeter of the pond for people to sit down and freshen up before entering the mosque. They looked so elegant that I forgot about the actual monument for a few minutes. The reflection of the outer structure of the main tomb in the still water made the place all the more serene.

The complex was deserted that weekday afternoon, barring a few caretakers at the entrance and construction workers renovating parts of the monument. This allowed us to explore the tombs at our own pace, giving us ample time and space to take in the architecture and ambiance.

The tombs are made of lime and mortar with delicate inlaid marble carvings, mosaic tilework, and floral motifs. The complex has numerous ornamental pillars, canopies, and façades with Mughal, Persian, and Deccan influences.

I particularly love the use of patterns and symmetry in architecture, and the Paigah tombs had much to offer on this front too! With trademark jaalis featuring 35 different kinds of geometric patterns in lime plaster (as I learned from Aziza Iqbal’s detailed website), the textures, designs, and light-and-shadow play made the necropolis distinct and mesmerizing.

The complex also contains dilapidated graves that are yet to be restored and a mosque where namaaz is offered.

I’m not sure when I’ll be back in Hyderabad next, but whenever that might be, another visit to the sublime Paigah tombs is definitely on the list!

Subscribe to my newsletter on offbeat travel and more. It’s free!